The photographs of New York-based fine art photographer Babs Armour have been featured in numerous exhibitions throughout the tri-state area and elsewhere, including Sotheby’s, the National Association of Women Artists and the New Jersey Center for Visual Arts.

Armour’s “Store Windows” collection was the lead story in a segment on ABC's Good Morning America. Her photographs have appeared in Fortune and VMSD (Visual Management and Store Design) magazines; How to Look at Everything, written by David Finn and published by Harry N. Abrams, and as the cover for Upper Cape Cod: A Photographic Portrait, published by Pilot Press.

Armour’s images are in many private and corporate collections, including Norwegian Cruise Lines, the Mandarin Oriental and Marriott Marquis hotels in New York City, the Hilton Paris Opera hotel in Paris and American Express Financial Services in Minneapolis. One of her images of lower Manhattan won the $5,000 grand prize in a contest sponsored by Kodak, World Yacht and the New York Daily News.

A graduate of Sarah Lawrence College, Armour studied photography at the International Center of Photography, the School of Visual Arts and the Maine and Santa Fe Photography Workshops. She served on the board of Professional Women Photographers.

In addition to her signature “Store Windows,” her portfolio—which reflects the influence of her early years spent painting in New England towns and seaports—includes a series depicting Oyster farmers in Wellfleet, MA, high-flying kites and images from New England to Paris. 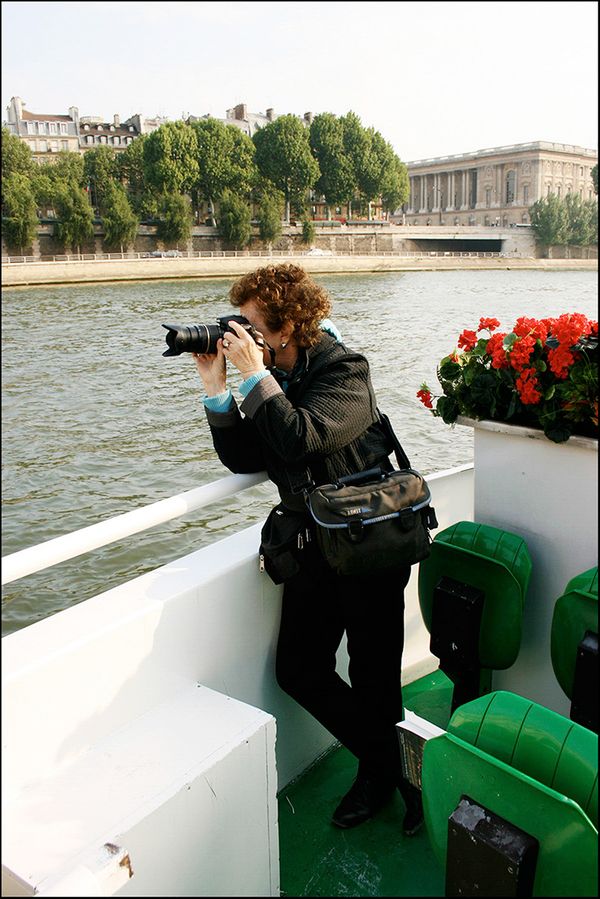